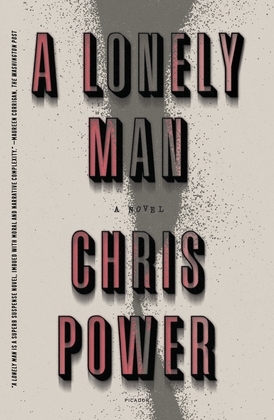 Two British men meet by chance in Berlin. Robert is trying and failing to finish his next book while balancing his responsibilities as a husband and father. Patrick, a recent arrival in the city, is secretive about his past, but eventually reveals that he has been ghostwriting the autobiography of a Russian oligarch. The oligarch has turned up dead, and Patrick claims to be a hunted man himself.

Although Robert doubts the truth of Patrick’s story, it fascinates him, and he thinks it might hold the key to his own foundering novel. Working to gain the other man’s trust, Robert draws out the details of Patrick’s past while ensnaring himself ever more tightly in what might be either a fantasist’s creation or a lethal international plot.

Through an elegant existential game of cat and mouse, Chris Power’s A Lonely Man depicts an attempt to create art at the cost of empathy. Robert must decide what is his for the taking—and whether some stories are too dangerous to tell.