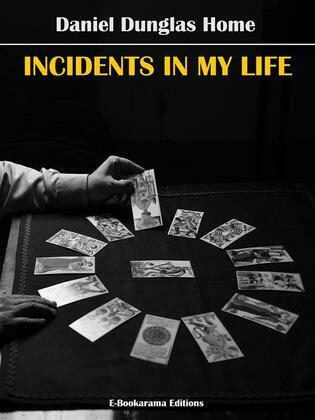 Incidents in My Life

by Daniel Dunglas Home (Author)
Buy for €0.49 Excerpt
Nonfiction Biography & autobiography Personal memoirs Esotericism, occult Methods of divination Astrology Paranormal Channeling
warning_amber
One or more licenses for this book have been acquired by your organisation details

In "Incidents in My Life," Daniel Dunglas Home, the famous spiritualist and medium, documents the extraordinary psychic events in his life.

Originally published in 1864, "Incidents in My Life" is the first of two autobiographical volumes by Home, the second appearing nine years later. Home describes mysterious phenomena from his very first vision at the age of thirteen to the séances he held for the rich and famous in England, France, Italy and Russia. He astonished his receptive audiences with startling paranormal feats including levitation. His hosts included Napoleon III, Prince Humbert (later Humbert I of Italy), Charles Darwin's cousin Sir Francis Galton, and many other celebrities and aristocrats. Interwoven with these high-profile activities, Home describes his personal life - the early death of his first wife, his subsequent financial difficulties, and his ongoing battle with tuberculosis.

"Incidents in My Life" presents a fascinating insight into the phenomenon of spiritualism during the Victorian period.