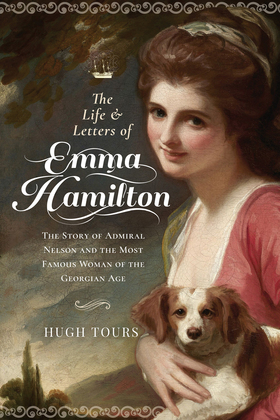 The Life and Letters of Emma Hamilton

by Hugh Tours (Author)
Excerpt
Nonfiction Biography & autobiography Royalty Women History History by country Europe Great Britain
warning_amber
One or more licenses for this book have been acquired by your organisation details
“Reads like a romantic novel, could have been written by someone of the caliber of Jean Plaidy . . . Absolutely fascinating and full of revelations.” —Books Monthly

Born in 1765 in Neston, Cheshire, Amy Lyon took the stagecoach to London, beginning her remarkable journey to international fame. Soon to be known as “Emma,” she worked for various actresses at Drury Lane Theatre before becoming a dancer, a model and, later, a hostess. Her beauty brought her to the attention of Charles Grenville, the second son of the Earl of Warwick, who took her as his mistress, and she became the model for the painter George Romney. These paintings thrust Emma into the social spotlight and she soon became London’s top celebrity.

When Grenville needed to find a rich wife, Emma was passed onto Sir William Hamilton, British Envoy to Naples. The couple fell in love and were married in September 1791. When in Naples, Lady Hamilton, as she now was, became a close friend of Queen Maria Carolina, sister of Marie Antoinette. It was also in Naples that she met Admiral Nelson—and the great love affair began.

Much has been written about this later period of her life, but with Hugh Tours making full use of the letters Emma wrote as well as those she received throughout her life, the fascinating story of her early years is also revealed. This is history as moving as a great tragic novel; most moving of all, being the return, after Trafalgar, of Emma’s last letter to Nelson, unopened.
Protection
DRM Free
Format
EPUB
Publication date
April 01, 2021
Publisher
Frontline Books
Page count
296
ISBN
9781526770448
Paper ISBN
9781526770431
File size
10 MB