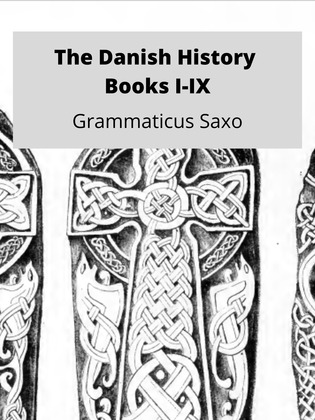 Originally titled Gesta Danorum ("Deeds of the Danes") this book is a patriotic work of Danish history, by the 12th century author Saxo Grammaticus ("Saxo the Learned.") It is the most ambitious literary undertaking of medieval Denmark and is an essential source for the nation's early history. Consisting of sixteen books written in Latin, Gesta Danorum describes Danish history and to some degree Scandinavian history in general, from prehistory to the late 12th century. In addition, Gesta Danorum offers singular reflections on European affairs from a unique Scandinavian perspective, supplementing what has been handed down by historians from Western and Southern Europe. This current volume presents Oliver Elton's English translation of the first nine books of Saxo's work, which focus on Norse Mythology. Included as well are over 50 pages of introductory material by Frederick Powell and all of the original illustrations from the 1905 edition of the book. This book is 338-pages.