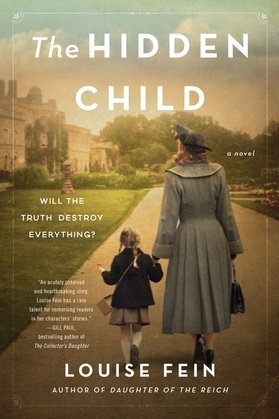 In this new historical novel by the author of Daughter of the Reich, Londoners Eleanor and Edward Hamilton have wealth, status, and a happy marriage—but the 1929 financial crash is looming, and they’re harboring a terrible, shameful secret. How far are they willing to go to protect their charmed life—even if it means abandoning their child to a horrific fate?

Eleanor Hamilton is happily married and mother to a beautiful four-year-old girl, Mabel. Her wealthy husband, Edward, a celebrated war hero, is a leading light in the burgeoning Eugenics movement—the very ideas that will soon be embraced by Hitler—and is increasingly important in designing education policy for Great Britain.

But when Edward and Eleanor’s otherwise perfectly healthy daughter develops debilitating epileptic seizures, their world fractures. Mabel’s shameful illness must be hidden or Edward’s life’s work will be in jeopardy and the family’s honor will be shattered.

When Eleanor discovers Edward has been keeping secrets, she calls into question everything she believed about genetic inferiority, and her previous unshakeable faith in her husband disintegrates. Alarmed, distressed, and no longer able to bear the family’s burden, she takes matters into her own hands.

Inspired by the author’s personal experience, The Hidden Child illuminates the moral and ethical issues of an era shaped by xenophobia, prejudice, fear, and well-intentioned yet flawed science. Vividly rendered, deeply affecting, and impeccably researched, Louise Fein’s new historical novel is a sweeping story and a richly drawn portrait of a family torn apart by shame, deceit, and dangerous ideals.