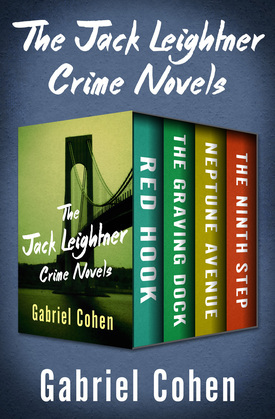 Four hard-boiled mysteries follow a homicide detective through the grit and grime of Brooklyn’s criminal dark side, from an Edgar Award–nominated author.

As a member of the elite Brooklyn South Homicide Task Force, Det. Jack Leightner never shies away from a case, no matter how dangerous or baffling. And Kings County has plenty of work for him . . .

Red Hook: In the Edgar Award–nominated series debut, a hardworking family man’s body is found on the banks of the Gowanus Canal. As Leightner searches for the killer in Red Hook, the neighborhood of his youth, he must also face ghosts from his past as well as the man he’s become . . .

The Graving Dock: A boy is found floating near the Red Hook pier—inside a handmade coffin. With leads taking him all over New York Harbor, and a shady partner in tow, Leightner fights to keep his head above water . . .

Neptune Avenue: Leightner investigates the serial killings of prostitutes in Crown Heights and the murder of a friend who ran afoul of the Russian mob in Brighton Beach. But even more dangerous is the detective’s growing attraction to his friend’s widow . . .

The Ninth Step: A visit from a stranger forces Jack to reopen the forty-year-old case of his brother’s murder. Meanwhile, he’s distracted by a death at a deli, but after discovering the killer’s ties to a potential terrorist cell, Jack won’t rest until both cases are closed.