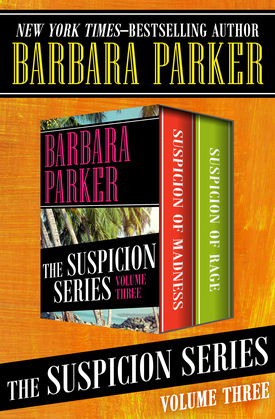 Get twice the thrills in these two masterful crime thrillers in the New York Times–bestselling author’s Edgar Award–nominated series.

“Miami’s tempestuous legal sweethearts” Gail Connor and her fiancé, Anthony Quintana, may have a volatile relationship, but when it comes to solving crimes on the dark side of sunny Florida, they must see eye to eye (Publishers Weekly).

Suspicion of Madness: Anthony is in the Florida Keys to clear a former client’s stepson of murder. But the simple case takes an unexpected turn when the boy attempts suicide. As a tropical storm looms, Florida’s mean season will trap Anthony and Gail in a tinderbox of explosive surprises.

Suspicion of Rage: After finally tying the knot, Gail and Anthony travel to Havana to introduce her to the Cuban branch of his family. But when Anthony is asked to persuade his brother-in-law to defect, the newlyweds find themselves up against a radical underground group, an assassination plot, and a shattering secret from Anthony’s past.

“Takes Parker to a new level . . . a strong political thriller.” —The Miami Herald