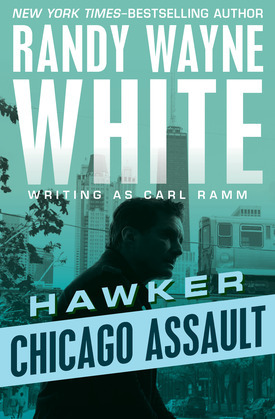 by Randy Wayne White (Author)
Excerpt
Fiction Mystery & detective Suspense
EPUB
Unlimited loans, One at a time
Details
A vigilante ex-cop avenges the murder of a friend in this fast-paced thriller from the New York Times–bestselling author of the Doc Ford series.

When the police department told him to hold his fire, Hawker pulled the trigger anyway—and killed a dangerous terrorist. Since losing his badge, this hardnosed vigilante has been exiled from Chicago, the city he loves more than any other. He returns for the sake of one man: Saul Beckerman, a friend from the old neighborhood who has become one of the richest people in the city. Since Hawker began his nationwide war against organized crime, Beckerman has gotten into trouble with the wrong people, and even the nation’s most dangerous defender can’t save him now.

The author of Bone Deep and Night Moves “raises the bar of the action thriller,” and this entry in one of his early series delivers a relentless, suspense-charged ride (The Miami Herald).