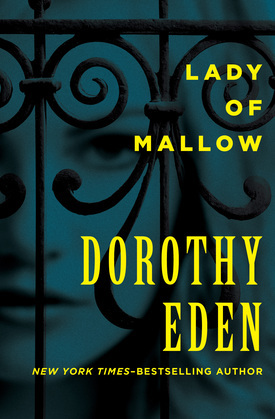 Hailed by the New York Times as a novel that “should easily satisfy the same readers who made a bestseller out of Victoria Holt’s Mistress of Mellyn,” Dorothy Eden’s masterwork of Gothic romance presents the story of a governess who falls dangerously in love with the mysterious heir to a manor house
It’s a precarious charade with the highest stakes imaginable. Sarah Mildmay’s entire future rests on exposing the current lord of Mallow as the great pretender he is. Blane Mallow, presumed dead after years at sea, has suddenly returned to claim his title—and the magnificent English estate that rightfully belongs to Sarah’s fiancé, Blane’s cousin Ambrose.

Determined to unmask the imposter, Sarah talks her way into a position as governess to Blane’s son, Titus. At Mallow Hall, she meets Blane’s suspicious wife, Amalie, and the formidable Lady Malvina. But the deception Sarah suspects reveals itself to be far more malevolent and far-reaching than she imagined. As she fights her growing attraction to Blane, the arrival of a stranger sets in motion a series of events that will have deadly consequences. Desperate to protect Titus, Sarah moves closer to a shattering truth: The man she loves may be a cold-blooded murderer . . .