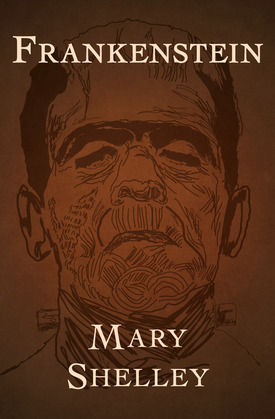 The premier monster story of English literature—a tale of science pursued to horrifying extremes
An origin story nearly as famous as the book itself: One dreary summer on the shores of Lake Geneva, amid discussions of galvanism and the occult and fireside readings from a collection of German ghost stories, Lord Byron proposed a game. Each of his guests—eighteen-year-old Mary Godwin and her future husband, the poet Percy Bysshe Shelley, among them—would try their hand at writing a tale of the supernatural. Unable at first to think of a plot, Mary was visited one sleepless night by the terrible vision of a corpse, a “hideous phantasm of a man,” lurching to life with the application of some unknown, powerful force. The man responsible, a “pale student of unhallowed arts,” fled in horror from his creation, leaving it to return to the dead matter from which it had been born. But the monster did not die. It followed the man to his bedside, where it stood watching him with “yellow, watery, but speculative eyes”—eyes of one who thought, and felt.
The novel that Mary Shelley would go on to publish, the legend of Victor Frankenstein and his unholy creation, and their obsessive, murderous pursuit of each other from Switzerland to the North Pole, has been the stuff of nightmares for nearly two centuries. A masterpiece of Romantic literature, it is also one of the most enduring horror stories ever written.
This ebook has been professionally proofread to ensure accuracy and readability on all devices.