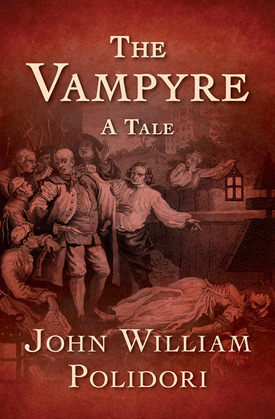 When the two are set upon by bandits while traveling together in Europe, Ruthven is fatally injured. Before drawing his last breath, he makes the odd request that Aubrey keep his death and crimes secret for a year and a day. But when Ruthven resurfaces in London—making overtures toward Aubrey’s sister—Aubrey realizes this immortal fiend is a vampyre.

John William Polidori’s The Vampyre is both a classic tale of gothic horror and the progenitor of the modern romantic vampire myth that has been fodder for artists ranging from Anne Rice to Alan Ball to Francis Ford Coppola. Originally published in 1819, many decades before Bram Stoker’s Dracula, and misattributed to Polidori’s friend Lord Byron, The Vampyre has kept readers up at night for nearly two hundred years.

This ebook has been professionally proofread to ensure accuracy and readability on all devices.