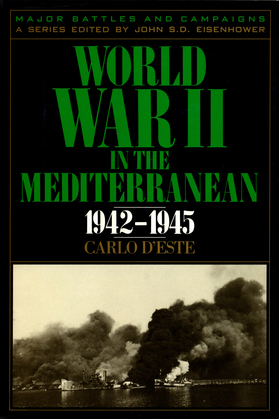 by Carlo D'Este (Author), John S. D. Eisenhower (Editor)
Excerpt
Nonfiction History
warning_amber
One or more licenses for this book have been acquired by your organisation details
The award-winning historian offers an illuminating reassessment of WWII Allied operations in the Mediterranean—and the generals who led them.

As a secondary theater of combat during the Second World War, the Mediterranean has received less historical analysis than Northwest Europe, where Allies made their celebrated D-Day invasion. In this volume, Carlo D’Este underscores the importance of the Mediterranean campaign while calling into question much of the standard historical narrative on the subject.