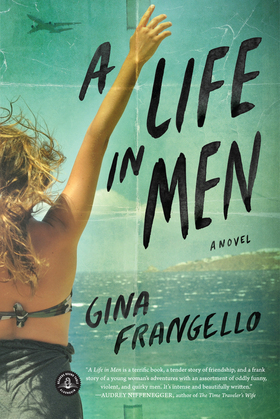 A Life In Men

by Gina Frangello (Author)
Excerpt
Fiction Literary English literature American and Canadian literature
warning_amber
One or more licenses for this book have been acquired by your organisation details
After a close friend’s death, a terminally ill woman embarks on a series of affairs in this novel by the author of Every Kind of Wanting.

The friendship between Mary and Nix had endured since childhood, a seemingly unbreakable bond, until the mid-1980s, when the two young women embarked on a summer vacation in Greece. It was a trip initiated by Nix, who had just learned that Mary had been diagnosed with a disease that would cut her life short and who was determined that it be the vacation of a lifetime. But by the time their visit to Greece was over, Nix had withdrawn from their friendship, and Mary had no idea why.

Three years later, Nix is dead, and Mary returns to Europe to try to understand what went wrong. In the process she meets the first of many men that she will spend time with as she travels throughout the world. Through them she experiences not only a sexual awakening but also a spiritual and emotional awakening that allows her to understand how the past and the future are connected and to appreciate the freedom to live life adventurously.

“A terrific book, a tender story of friendship, and a frank story of a young woman’s adventures with an assortment of oddly funny, violent, and quirky men. It’s intense and beautifully written.” —Audrey Niffenegger, New York Times–bestselling author of The Time Traveler’s Wife

“Original and fearless . . . A powerful portrait of human connection and individual triumph.”?People, 3.5 stars out of 4