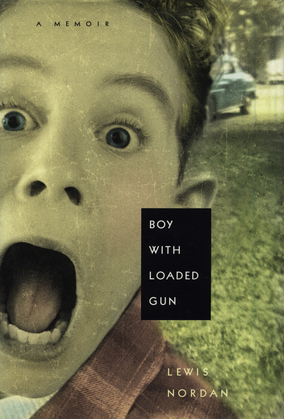 by Lewis Nordan (Author)
Excerpt
Nonfiction Biography & autobiography Literary
warning_amber
One or more licenses for this book have been acquired by your organisation details
This tragicomic memoir of a boy from Itta Bena, Mississippi, and his lifelong misadventures is “a heartrending account of grown-up self-destruction” (Entertainment Weekly).

His own mother referred to him as a “nervous child,” an “odd child.” He was the class clown—the skinny kid with a cowlick, freckles, jug ears, and an overbite. He was obsessed with sex, comic books, and beatniks. He tried to fly off his front porch like Superman only to land flat on his face. He was the boy who saved his money, bought a mail-order gun, and shot himself in the foot—over and over again.

How did this boy get to be the most famous son of Itta Bena, Mississippi, an acclaimed and award-winning author of absurd and darkly comic fiction? The floodgates of confession open in this funny, tragic, and bittersweet memoir about an awkward kid who dreamed of a world beyond his home in the Mississippi Delta.

From losing a father as a child to losing a child as a father, from the rawness of youth to the rage and redemption of adulthood, Lewis Nordan’s Boy with Loaded Gun is a powerful elegy about a hopeful boy finding his way in a seemingly hopeless world.

“Very moving . . . The author piles warm, humorous, and often poignant episode upon episode as he recalls his life. ”—Booklist