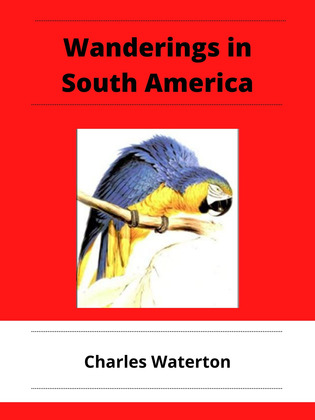 For years readers have enjoyed Charles Waterton's intriguing book, Wanderings in South America, about his adventurous travels in Guiana, West Indies. Waterton, a famous English eccentric and naturalist, returned to England in 1821 from an expedition to Guiana, where he had collected hundreds of specimens of South American wildlife, all carefully preserved. On a second expedition to Guiana he acquired the head of an amazing specimen he described as the "Nondescript," a fur-covered, manlike creature native to the South American jungle. Adding a touch of intrigue to this compelling narrative is the rumor that the Nondescript bears a startling resemblance to an overzealous customs inspector who had caused him so much grief upon his return in 1821. It is popular opinion that Waterton, in his own peculiar way, was literally trying to "make a monkey" out of an annoying tax collector.

AUTHOR BIO: Naturalist and explorer Charles Waterton (1782-1865) was born in Yorkshire, England, to a family eminent in the service of the state. In 1796, he pursued higher studies at Stonyhurst, where he developed his early passion for natural history. Determined to start exploring the hinterland of Guiana at intervals of four years, he made the four adventurous expeditions described in the well-known Wanderings in South America.