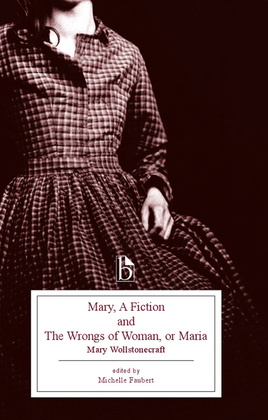 Mary, A Fiction and The Wrongs of Woman, or Maria

Mary Wollstonecraft wrote these two novellas at the beginning and end of her years of writing and political activism. Though written at different times, they explore some of the same issues: ideals of femininity as celebrated by the cult of sensibility, the unequal education of women, and domestic subjugation. Mary counters the contemporary trend of weak, emotional heroines with the story of an intelligent and creative young woman who educates herself through her close friendships with men and women. Darker and more overtly feminist, The Wrongs of Woman is set in an insane asylum, where a young woman has been wrongly imprisoned by her husband.

By presenting the novellas in light of such texts as Wollstonecraft's letters, her polemical and educational prose, similar works by other feminists and political reformists, the literature of sentiment, and contemporary medical texts, this edition encourages an appreciation of the complexity and sophistication of Wollstonecraft's writing goals as a radical feminist in the 1790s.