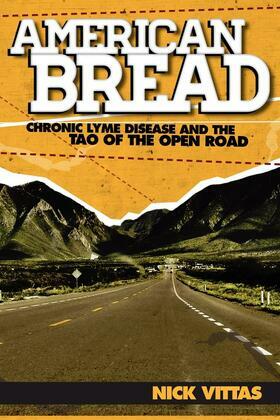 American Bread: Chronic Lyme Disease and the Tao of the Open Road

This book chronicles the author's battles with Lyme disease over 14 years, as well as the cross-country adventures these battles inspired during times when he was healthy enough to travel. Taoist and Zen philosophies helped him cope with the frequent ups and downs associated with the disease, and these same philosophies also prepared him to make the most of his time on the road. Nick's saga began in 1998 when chronic pain began to spread throughout his body. Three years later he was correctly diagnosed with Lyme disease, but the journey had just begun. Over the course of the next decade he experienced both remarkable recoveries and heartbreaking setbacks, all of which taught him many influential lessons. "American Bread" offers valuable insights on how to evolve from hardship to anyone coping with any chronic illness. Dispersed between each chapter about Lyme disease is a chapter from the cross-country trips he took when he was well enough to travel the highways of North America. During these trips he had the good fortune of connecting with several captivating characters, one of the most engaging being an eccentric Mexican nicknamed Lobo. Nick experienced many obstacles and unexpected events during his travels, but met them all with an equanimity that was cultivated from years of searching for meaning while coping with chronic illness. NICK VITTAS was born in London to Greek immigrant parents. He and his family moved to the Washington, DC metropolitan area when he was eight years old. He is a committed early childhood educator who has been working in Preschools for seven years. He graduated from the Texas State University Education program in 2011 and now resides in Austin, Texas.