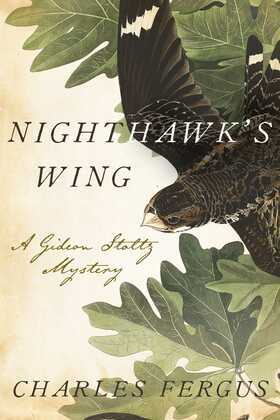 ** "Set in 1836, Fergus’s superior sequel . . . brings the period to life as he expertly melds setting and plot."  Starred Publishers Weekly **

In this thrilling second in the Gideon Stoltz Mystery series that Booklist called “An appealing debut that deserves a boost from enthusiastic hand-sellers,” it’s now 1836 in the fast-growing town of Adamant. The young Pennsylvania Dutch sheriff Gideon has a new case when a beautiful woman—suspected of witchcraft and residing in a nearby German settlement—is murdered. Suffering from a head injury after a fall off his horse, Gideon can’t recall anything that happened at the time of the woman’s death. As flashes of memory return, he realizes that not only did he know the victim, he was with her the night she died. As Gideon delves into the investigation, he must include himself in the list of suspects.

When Gideon uncovers another dead body, he’s launched on a path to discover the truth, no matter the outcome. Gideon’s estranged wife, True, has her own reluctant methods of investigation. Gifted with unwelcome powers of second sight, True realizes that her husband’s life is in danger—and puts her own life on the line to save him.

Nighthawk’s Wing unflinchingly examines the  oppressed status of women in the 1830 and like the first in the series, it has “an atmospheric setting and a strong sense of place” (Library Journal). Nighthawk’s Wing  beckons all readers who crave authenticity in early American historical novels, including those intrigued by witchcraft, spells, and visions. This compelling mystery glides along the edge between the gritty reality of the early 1800s and —a parallel world of spirits and haunted souls.