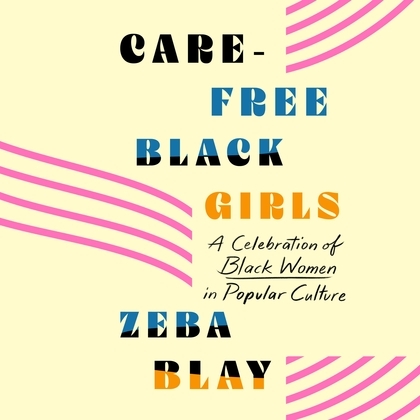 by Zeba Blay (Author), Zeba Blay (Narrateur)
Excerpt
Nonfiction Social science Sociology Feminism & feminist theory
warning_amber
One or more licenses for this book have been acquired by your organisation details

Carefree Black Girls is an exploration and celebration of black women’s identity and impact on pop culture, as well as the enduring stereotypes they face, from a film and culture critic for HuffPost.

In 2013, Zeba Blay was one of the first people to coin the viral term “carefreeblackgirls” on Twitter. It was, as she says, “a way to carve out a space of celebration and freedom for black women online.”

In this collection of essays, Blay expands on that initial idea by looking at the significance of influential black women throughout history, including Josephine Baker, Michelle Obama, Rihanna, and Cardi B. Incorporating her own personal experiences as well as astute analysis of these famous women, Blay presents an empowering and celebratory portrait of black women and their effect on American culture. She also examines the many stereotypes that have clung to black women throughout history, whether it is the Mammy, the Angry Black Woman, or more recently, the Thot.