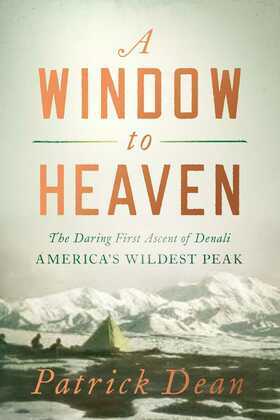 A Window to Heaven

The captivating and heroic story of Hudson Stuck—an Episcopal priest—and his team's history-making summit of Denali.

In 1913, four men made a months-long journey by dog sled to the base of the tallest mountain in North America. Several groups had already tried but failed to reach the top of a mountain whose size—occupying 120 square miles of the earth’s surface —and position as the Earth’s northernmost peak of more than 6,000 meters elevation make it one of the world’s deadliest mountains. Although its height from base to top is actually greater than Everest’s, it is Denali's weather, not altitude, that have caused the great majority of fatalities—over a hundred since 1903.

Denali experiences weather more severe than the North Pole, with temperatures of forty below zero and winds that howl at 80 to 100 miles per hour for days at a stretch. But in 1913 none of this mattered to Hudson Stuck, a fifty-year old Episcopal priest, Harry Karstens, the hardened Alaskan wilderness guide, Walter Harper, and Robert Tatum, both just in their twenties.  They were all determined to be the first to set foot on top of Denali.

In A Window to Heaven, Patrick Dean brings to life this heart-pounding and spellbinding feat of this first ascent and paints a rich portrait of the frontier at the turn of the twentieth century.  The story of Stuck and his team will lead us through the Texas frontier and Tennessee mountains to an encounter with Jack London at the peak of the Yukon Goldrush.  We experience Stuck's awe at the rich Aleut and Athabascan indigenous traditions—and his efforts to help preserve these ways of life.

Filled with daring exploration and rich history, A Window to Heaven is a brilliant and spellbinding narrative of success against the odds.