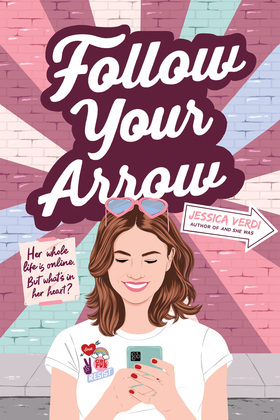 CeCe Ross is kind of a big deal. She and her girlfriend, Silvie, are social media influencers with zillions of fans and followers, known for their cute outfits and being #relationshipgoals.<br /><br />So when Silvie breaks up with her, CeCe is devastated. She's lost her first love, and now she can't help but wonder if she'll lose her followers as well.<br /><br />Things get even messier when CeCe meets Josh, a new boy in town who is very much Not Online. CeCe isn't surprised to be falling for a guy; she's always known she's bi. And Josh is sweet and smart and has excellent taste in donuts... but he has no idea that CeCe is internet-famous. And CeCe sort of wants to keep it that way.<br /><br />But when CeCe's secrets catch up to her, she finds herself in the middle of an online storm, where she'll have to confront the blurriness of public vs. private life, and figure out what it really means to speak her truth.