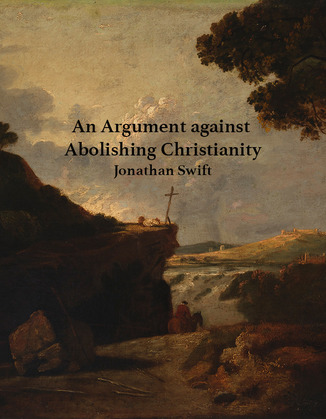 An Argument against Abolishing Christianity

"An Argument to Prove that the Abolishing of Christianity in England May, as Things Now Stand Today, be Attended with Some Inconveniences, and Perhaps not Produce Those Many Good Effects Proposed Thereby, commonly referred to as An Argument Against Abolishing Christianity, is a satirical essay by Jonathan Swift defending Christianity, and in particular, Anglicanism, against contemporary assaults by its various opponents, including freethinkers, deists, Antitrinitarians, atheists, Socinians, and other so-called "Dissenters." The essay was written in 1708 and, as was common at the time, was distributed widely as a pamphlet. The essay is known for its sophisticated, multi-layered irony, and is regarded as a prime example of political satire." (Wikipedia)