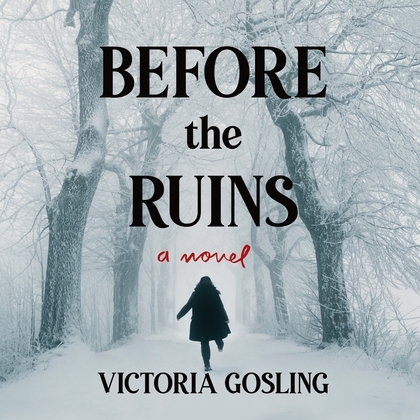 Victoria Gosling's Before the Ruins is a gripping, multilayered debut in the tradition of Paula Hawkins and Tana French about four friends, an abandoned manor, and one fateful night that will follow them for the rest of their lives

That summer, there were four of them, all on the cusp of adulthood: Andy, her boyfriend Marcus, her best friend Peter, and Em, whiling away the hours in a deserted manor house with a rich, sordid history. Sorely without the ambition and opportunities that her friends have always counted on, Andy finds herself terrified of a future that will take them all down very different paths. Her newfound fears make her reckless, resulting in increasingly destructive behavior. Then David shows up. Magnetic, worldly, and on the run from the police, David presents an irresistible lure for both Andy and Peter, pitting the two lifelong friends against each other for the first time. When the group learns that a diamond necklace, stolen fifty years ago, might still be somewhere on the manor grounds, the Game?half treasure hunt, half friendly deception?begins. But the Game becomes much bigger than the necklace, growing to encompass years of secrets, lies, and, ultimately, one terrible betrayal.

Decades later, Andy and Peter struggle to maintain their friendship, meeting only to drink to the past and trying not to talk about what happened at the manor. But when Peter goes missing, Andy is thrust back to that summer?with all of its frantic energy, yearning, and loss?and the mysteries that still haven?t been solved.