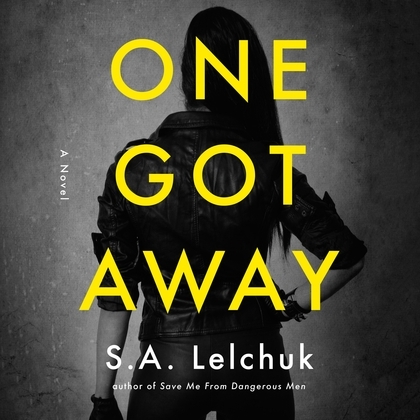 "Narrator January LaVoy guides listeners into the second book of the action-packed Nikki Griffin series with a performance that is captivating and versatile...LaVoy's stellar performance captures Griffin's determination to set things right and punish those at fault. LaVoy's diverse array of character voices for men and women, young and old is masterful." -- AudioFile Magazine

PI Nikki Griffin ? a badass bookseller who punishes abusers ? is back in S. A. Lelchuk's One Got Away?

Nikki Griffin, a private-investigator when she isn?t running her small bookstore, is on a case. The matriarch of one of the wealthiest San Francisco families has been defrauded by a con-man, and her furious son enlists Nikki to find the money. And find the con-man.

Nikki isn?t a fan of men who hurt women. Her secret mission, born of revenge and trauma, is to do everything she can to remove women from dangerous situations?and to punish the men responsible.

As Nikki follows the trail toward the con-man, she realizes that no one involved is telling her the whole truth. When the case overlaps with her attempt to protect a woman in trouble, and Nikki?s own life is put in danger, Nikki has to make terrible choices about who to save?and how to keep herself alive.