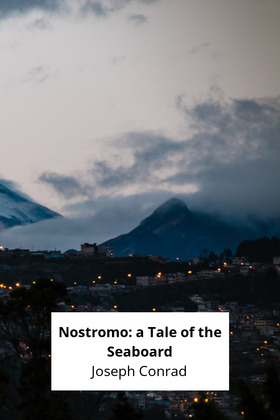 Nostromo: a Tale of the Seaboard

Nostromo is set in the South American country of Costaguana, and more specifically in that country's Occidental Province and its port city of Sulaco. Though Costaguana is a fictional nation, its geography as described in the book resembles real-life Colombia. Costaguana has a long history of tyranny, revolution and warfare, but has recently experienced a period of stability under the dictator Ribiera.

Charles Gould is a native Costaguanero of English descent who owns an important silver-mining concession near the key port of Sulaco. He is tired of the political instability in Costaguana and its concomitant corruption, and uses his wealth to support Ribiera's government, which he believes will finally bring stability to the country after years of misrule and tyranny by self-serving dictators. Instead, Gould's refurbished silver mine and the wealth it has generated inspires a new round of revolutions and self-proclaimed warlords, plunging Costaguana into chaos. (from Wikipedia)