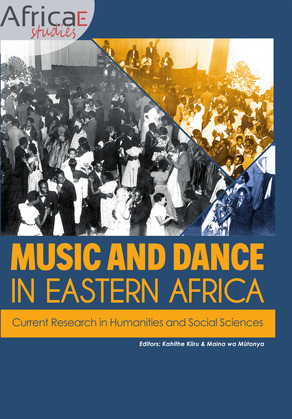 Music and Dance in Eastern Africa

by Kahithe Kiiru (Editor), Maina Wa Mũtonya (Editor)
Buy for $6.99 Excerpt
Nonfiction Nature, recreation and sports Sports & recreation Sociology of sports
warning_amber
One or more licenses for this book have been acquired by your organisation details

This collection of articles cuts across the Eastern African region, with authors interrogating varying themes in different historical periods that speak not only to the practice of music and dance but also to the performances that characterize these practices. The book dedicates itself to research in music and dance, while engaging with colonial and contemporary political and historical realities within the Eastern African region. Inevitably, themes that grapple with urbanization and the emergence of urban spaces for entertainment, as well as the imagination of culture by the colonialist form a key window into the research and understanding of music and dance. The ever-present performance of ethnic identities that shape most of our socio-political contexts adds to the overall texture of this book. At the same time, the debate and question of gender in music and dance is also comprehensively covered, in an attempt to delineate gender relations in the region. Articles that employ a cross-genre approach to music and dance have enriched the wide perspective of understanding African societies and the realities that emanate from everyday lives in Eastern Africa. A useful addition to the growing literature of popular culture in Africa, this book takes a multidisciplinary angle and can easily fit within the disciplines of political science, urban studies, literature, sociology and media studies. The book contributes to the recurrent dialogue towards emphasizing the relevance of the study of songs and dances in a larger context within humanities and social sciences.