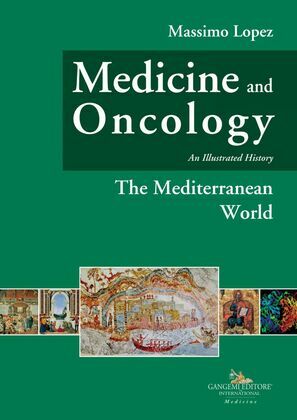 by Massimo Lopez (Author)
Buy for $87.99 Excerpt
Nonfiction Medical History Oncology
warning_amber
One or more licenses for this book have been acquired by your organisation details

While Mesopotamia was the cradle of the first great civilisation (mid-fourth century BC), Greece was the cradle of medicine as a science. Down through the centuries its strong philosophical and scientific roots nourished its evolution and contributed to the continuous yielding of abundant fruit. The assimilation of the Greek art of medicine, initially in the Latin world of central Italy and later western Europe, is one of the most extraordinary events in the history of medicine since it represents the foundations of the medical tradition throughout the western world. Without this assimilation Greek medicine would historically be confined to the period in which it originally emerged, and with it Hippocrates and Galen. Instead Greek medical theories continued to be studied, debated and applied in the Latin world, at least until the nineteenth century, and the Hippocratic oath is still the symbol of the medical profession. In this second volume of Medicine and Oncology, with its extensive, invaluable iconography, the successful merger between the history of the Greco-Roman civilisation and the history of science is narrated and analysed by the author with the precision of a historian and the competence of a medical researcher. Comprehension of the indissoluble bonds between antiquity and the modern world is crucial to understand the evolution of medicine, because, as stated by Goethe He who cannot draw on three thousand years of history is living from hand to mouth, and will remain in the dark, inexperienced, living from day to day.

Massimo Lopez was Director of the Division of Medical Oncology of the Regina Elena Institute for Cancer Research in Rome and Professor of Oncology at the 1st School of Specialisation in Oncology at Sapienza University, Rome. He has published over 200 articles in the most important scientific journals in Italy and abroad and written several books, including a monograph on breast cancer, one on GIST, and the manual of practical medical oncology that bears his name.