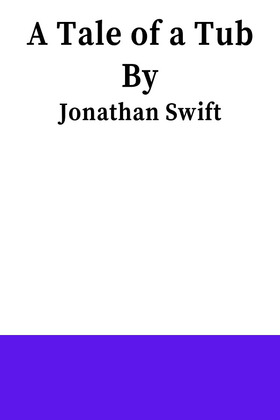 A Tale of a Tub

A Tale of a Tub was the first major work written by Jonathan Swift, arguably his most difficult satire and perhaps his most masterly. The Tale is a prose parody divided into sections each delving into the morals and ethics of the English. Composed between 1694 and 1697, it was eventually published in 1704. A satire on the Roman Catholic and Anglican churches and English Dissenters, it was famously attacked for its profanity and irreligion, starting with William Wotton, who wrote that the Tale had made a game of "God and Religion, Truth and Moral Honesty, Learning and Industry" to show "at the bottom [the author's] contemptible Opinion of every Thing which is called Christianity." The work continued to be regarded as an attack on religion well into the nineteenth century. (Source: Wikipedia)