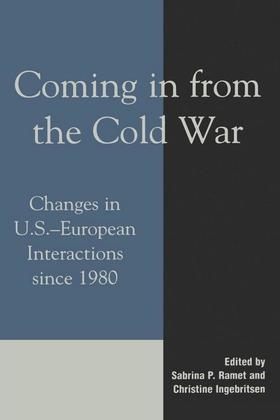 Coming in from the Cold War: Changes in U.S.-European Interactions since 1980

Since the end of the Cold War, U.S. relations with Europe have charted a new course, influenced especially by the dissolution of the Warsaw Pact, the expansion of NATO, and the growing strength of the European Union. This volume analyzes U.S. interactions with Britain, France, Germany, Spain, Russia, Poland, and Ukraine, and examines the new role for NATO and the evolving dynamics in the U.S.-EU partnership. Through their assessment of mutual perceptions, evolving interests, and clashing agendas, the contributors offer a fresh and thoughtful exploration of the U.S. relationship with the major European states.