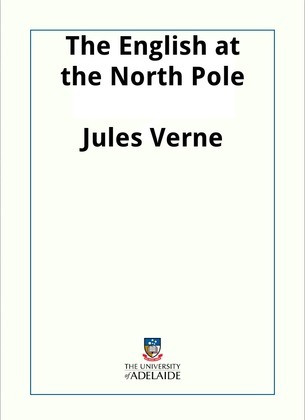 The English at the North Pole

The English at the North Pole / Jules Verne

The novel was published for the first time in 1864. The definitive version from 1866 was included into Voyages Extraordinaires series (The Extraordinary Voyages). Although it was the first book of the series it was labeled as number two. Three of Verne's books from 1863-65 (Five Weeks in a Balloon, Journey to the Center of the Earth, and From the Earth to the Moon) were added into the series retroactively. Captain Hatteras shows many similarities with British explorer John Franklin." (Wikipedia)