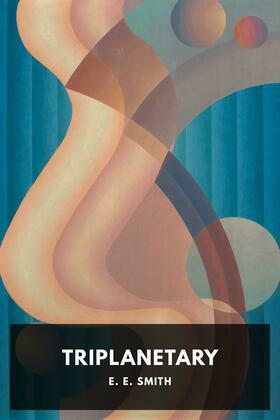 Hundreds of millions of years ago, two near-omnipotent alien races encountered each other, beginning a conflict that will shape the history of the entire universe. The benevolent Arisians covertly influence humanity, hoping to create a people capable of one day defeating the vile Eddorians, who are waging their own campaign for the fate of civilization on Earth. This sets the stage for a clash between the Triplanetary League of the inner solar system, the enigmatic pirate-scientist Roger, and the Nevians, interlopers whose first appearance wreaks havoc among the other parties.

Triplanetary is the first of Edward E. “Doc” Smith’s Lensman series, an early and influential entry in the space opera genre. Originally serialized in Amazing Stories in 1934 as a stand-alone story, Triplanetary was collected in book form in 1948 with six new chapters and numerous additions, changing the story to be a prequel to the rest of the Lensman series.