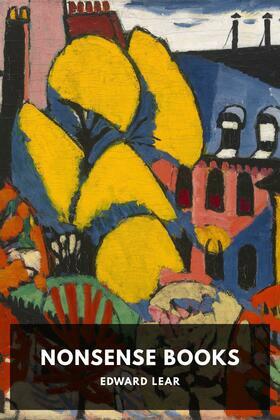 Edward Lear began his career as an ornithological illustrator, becoming one of the first major artists to draw birds from living models. During this period he was employed to paint the birds from the private menagerie owned by Edward Stanley, the 13th Earl of Derby and one of Lear’s closest friends. In 1837, Lear’s health started to decline. His deteriorating eyesight and failing lungs forced him to abandon the detailed painting required for depicting birds, and, with the help of the earl, he moved to Rome where he established himself as a poet of literary nonsense.

While Lear was visiting the Earl of Derby, he wrote poems and drew silly sketches to entertain the earl’s children. In 1846, he collected together his pile of limmericks and illustrations and published his first poetical book, titled A Book of Nonsense and dedicated to the Earl of Derby and his children. He decided to publish under the pseudonym Derry down Derry, but after he started making plans for more books, he republished under his real name.

His next book, Nonsense Songs, Stories, Botany, and Alphabets wasn’t published until 24 years later, in 1870. Lear then released More Nonsense, which contains more limericks, in 1872, and Laughable Lyrics in 1877. This final book in the series contains many of Lear’s most famous fantastical creatures, such as the Quangle Wangle. The influence of Lear’s poetry in the twentieth-century can be seen in styles like the surrealism movement and the theater of the absurd.