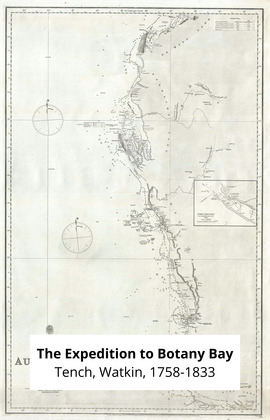 The Expedition to Botany Bay

In May 1787, eleven ships left England with more than seven hundred convicts on board, along with orders to establish a penal colony at Botany Bay, New South Wales. Watkin Tench (c.1758–1833) was a crew member on one of the ships of this First Fleet, the Charlotte, and he recalls the voyage and early days of the settlement in this vivid and engaging account, first published in 1789. The first half of the work retraces the route of the six-month journey, which took the fleet to Brazil and the Cape of Good Hope. The later chapters recount the landing at Botany Bay in January 1788, the establishment of a colony at nearby Port Jackson and observations about the natural world in this new settlement. Tench also discusses the initial interaction with the Aboriginal people, making this work an important source for scholars of British colonialism and Australian history.