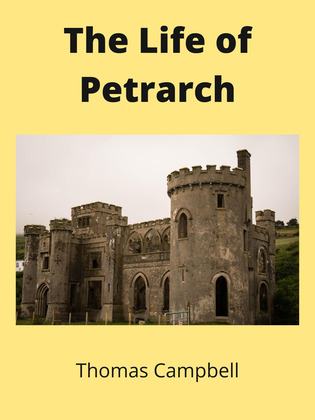 The Life of Petrarch

The family of Petrarch was originally of Florence, where his ancestors held employments of trust and honour. Garzo, his great-grandfather, was a notary universally respected for his integrity and judgment. Though he had never devoted himself exclusively to letters, his literary opinion was consulted by men of learning. He lived to be a hundred and four years old, and died, like Plato, in the same bed in which he had been born. Garzo left three sons, one of whom was the grandfather of Petrarch. Diminutives being customary to the Tuscan tongue, Pietro, the poet's father, was familiarly called Petracco, or little Peter. He, like his ancestors, was a notary, and not undistinguished for sagacity. He had several important commissions from government. At last, in the increasing conflicts between the Guelphs and the Ghibellines-or, as they now called themselves, the Blacks and the Whites-Petracco, like Dante, was obliged to fly from his native city, along with the other Florentines of the White party. He was unjustly accused of having officially issued a false deed, and was condemned, on the 20th of October, 1302, to pay a fine of one thousand lire, and to have his hand cut off, if that sum was not paid within ten days from the time he should be apprehended. Petracco fled, taking with him his wife, Eletta Canigiani, a lady of a distinguished family in Florence, several of whom had held the office of Gonfalonier. (Source: Barnes & Noble)