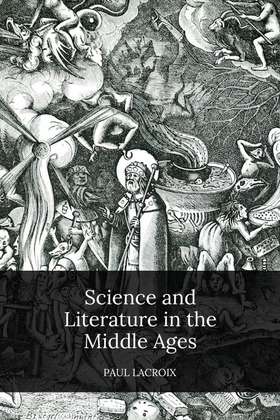 Science and Literature in the Middle Ages

Originally published in 1878, this compilation of text and more than 400 illustrations assembled by the 19th-century bibliophile, librarian and amateur historian Paul Lacroix unfolds an unusual panorama of the life of the period, putting the reader into closer touch with the scholars and surgeons, the magicians, rulers and actors who peopled these centuries. It was an age of slowly widening horizons for scientists and philosophers, yet an age of stubborn superstition, when sorcerers flourished in pacts with demons and scholars pursued their studies alert to accusations of influence by evil spirits. Paul Lacroix was curator of the Imperial Library of the Paris Arsenal. Born in 1806, he was well known during his lifetime as the author of many popular historical works.