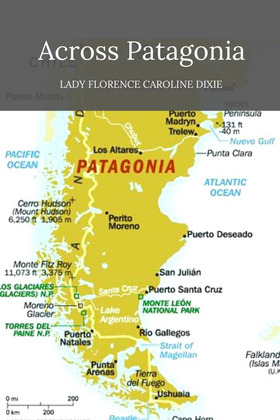 Lady Florence Caroline Dixie (née Douglas; 25 May 1855 – 7 November 1905) was a Scottish writer, war correspondent, and feminist. Her account of travelling Across Patagonia, her children's books The Young Castaways and Aniwee; or, The Warrior Queen, and her feminist utopia Gloriana; or, The Revolution of 1900 all deal with feminist themes related to girls, women, and their positions in society.

In December 1878, two months after the birth of their second son, Edward, Dixie and her husband left their aristocratic life and their children behind them in England and traveled to Patagonia. She was the only female in her traveling party. She set out accompanied by her brothers, Lord Queensberry and Lord James Douglas, her husband Sir Alexander Beaumont Churchill Dixie, and Julius Beerbohm. Beerbohm, a family friend, was hired as the group's guide because of his previous experience in Patagonia. Dixie debated going elsewhere, but chose Patagonia because few Europeans had ever set foot there.

Once in Patagonia, Dixie paints a picture of the landscape using techniques reminiscent of the Romantic tradition of William Wordsworth and others, using emotion and physical sensation to connect to the natural world. While she describes the land as "uninviting and feared territory", Dixie's actions demonstrate that survival in a wild land requires both strength and agency.