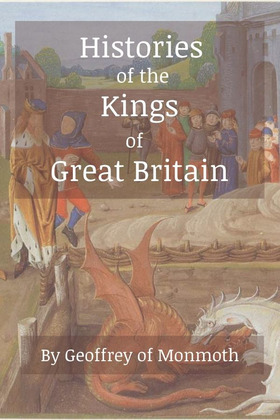 Histories of the Kings of Britain

Historia regum Britanniae (The History of the Kings of Britain), originally called De gestis Britonum (On the Deeds of the Britons), is a pseudohistorical account of British history, written around 1136 by Geoffrey of Monmouth. It chronicles the lives of the kings of the Britons over the course of two thousand years, beginning with the Trojans founding the British nation and continuing until the Anglo-Saxons assumed control of much of Britain around the 7th century. -Wikipedia.