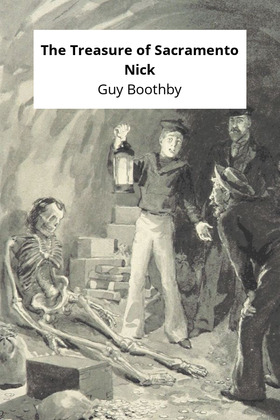 The Treasure of Sacramento Nick

Guy Newell Boothby (1867–1905) was a prolific Australian novelist and writer, noted for sensational fiction published in variety magazines toward the end of the 19th century. He lived much of his short life in England. He is best known for his Doctor Nikola series, featuring an occultist criminal mastermind who was considered a Victorian forerunner to Fu Manchu. "The Treasure of Sacramento Nick" is short story detailing the adventures of one Nicodemus B. Patten, who stumbles across fabulous treasure after being cast adrift in an open boat somewhere off the coast of northeast Australia. The story first appeared in Macmillan's Magazine, v.70, May 1, 1894. (Sources: Wikipedia, story)