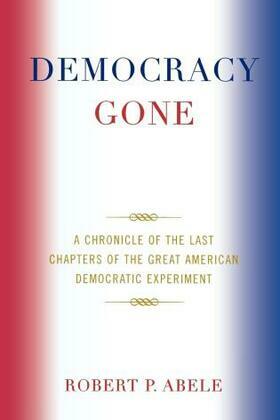 In Democracy Gone, Abele argues that the last eight years in particular have shown us that our democracy has largely disintegrated, leaving behind only an exoskeleton that was once its original vertebrae of ends and principles. This book questions whether or not the American democratic experiment has run out of steam and if, through our inattention, we have replaced our democracy with politicians lustful for power and central authority that is out of touch with the needs of common people. The essays included in Democracy Gone focus specifically on two questions. First, how true are we staying to our founding values in our national actions and dialogues? Second, how consistent and universal is our application of the principles and standards we claim to hold dear? The underlying call is that it is critical to our form of democracy in the United States that citizens once again become active participants in the issues of the day: nothing less than the reclamation of our democracy is at stake.