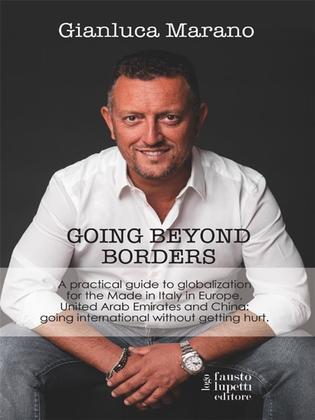 by Gianluca Marano (Author)
Buy for €7.99 Excerpt
Nonfiction Business & economics International Commercial policy Customer relations Exports & imports
warning_amber
One or more licenses for this book have been acquired by your organisation details

“So, to those who would like to leave their mark on this country I say: the stage is yours.” With these words Sheihk Mohammed summed up in his book "Flashes of Thought", the spirit of openness to the world that animates the United Arab Emirates, and Dubai in particular. Gianluca's book tells success stories of entrepreneurs who got on the stage of the UAE and were applauded by the public.

When an ambitious young country such as the United Arab Emirates meets Italian talent, history shows that development and coexistence between peoples is always born from a handshake, the Union of two interests that become common wealth, heritage that Gianluca has well described in his book.

The book of Gianluca Marano is a confirmation of the millennial bond that joins China and the Italian nation. In addition, it is a useful guide to plan and manage a successful collaboration between Italian and Chinese businesspeople. The trade relations between Italy and the People's Republic of China grow year by year. I see great development between the two Nations. Reading Gianluca's book, which tells the story of the magic spark that lights up when two entrepreneurs meet, is further confirmation of my predictions.

Gianluca Marano, coming from a background as manager of banks and financial institutions, is currently CEO of SVA Group, an international consulting firm based in Switzerland, with branches in London, Vienna, Milan, Dubai and Shanghai. SVA Group has managed dozens of internationalization processes working alongside companies in sectors such as Fashion, Food, Design, Art and Innovation Technology.