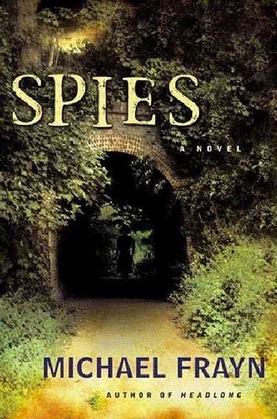 From the bestselling author of Headlong, a mesmerizing novel about secrecy, imagination, and a child's game turned deadly earnest

The sudden trace of a disturbing, forgotten aroma compels Stephen Wheatley to return to the site of a dimly remembered but troubling childhood summer in wartime London. As he pieces together his scattered images, we are brought back to a quiet, suburan street where two boys, Keith and his sidekick-Stephen-are engaged in their own version of the war effort: spying on the neighbors, recording their movements, ferreting out their secrets.

But when Keith utters six shocking words, the boys' game of espionage takes a sinister and unintended turn. A wife's simple errands and a family's ordinary rituals-once the focus of childish speculation-become the tragic elements of adult catastrophe.