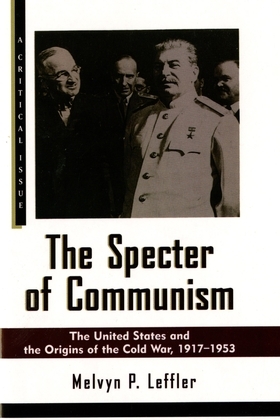 The Specter of Communism

The Specter of Communism is a concise history of the origins of the Cold War and the evolution of U.S.-Soviet relations, from the Bolshevik revolution to the death of Stalin. Using not only American documents but also those from newly opened archives in Russia, China, and Eastern Europe, Leffler shows how the ideological animosity that existed from Lenin's seizure of power onward turned into dangerous confrontation. By focusing on American political culture and American anxieties about the Soviet political and economic threat, Leffler suggests new ways of understanding the global struggle staged by the two great powers of the postwar era.