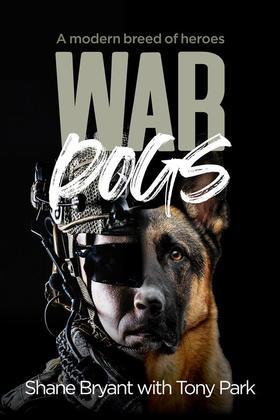 One man and his four-legged friends go to war in Afghanistan; a ten-year battle against enemies seen and unseen

In Afghanistan, sometimes all that stands between coalition troops and death or serious injury is a dog. Highly trained dogs and their handlers search for improvised explosive devices or hidden weapons out on patrol with combat troops.

It’s a perilous job, often putting them right in the firing line, and making them high priority targets for the Taliban insurgents they’re fighting.

War Dogs is Shane's story – a riveting tale of handlers and their dogs in combat, and a brutally honest account of how a decade as a contract warrior took its toll on Shane’s personal life and his mental health, and how he found hope again.