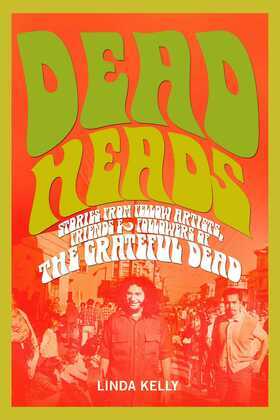 "One of the best books on the Grateful Dead." Rolling Stone

Just what was it about the Grateful Dead that made them rock and roll?s most beloved band? In Deadheads, those with the real story, who were there and are still listening to the music, explain it all.

First-show revelations, backstage adventures, parking lot hoopla, how-to-live-life philosophies, strange tangential experiences stemming from being in that certain place at that certain timethese intriguing anecdotes evoke wonderful images, lots of smiles, and a close look into a fascinating phenomenon in the history of music.

This twentieth-anniversary edition of Deadheads celebrates fifty years of music and includes the best stories from the original 1995 edition, two new chapters, as well as new interviews with various friends, artists, and followers of the Grateful Dead.