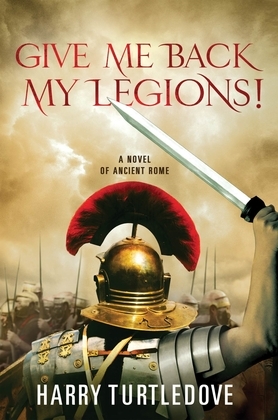 Give Me Back My Legions!

Bestselling author Harry Turtledove turns his attention to an epic battle that pits three Roman legions against Teutonic barbarians in a thrilling novel of Ancient Rome: Give Me Back My Legions!

Publius Quinctilius Varus, a Roman politician, is summoned by the Emperor, Augustus Caesar. Given three legions and sent to the Roman frontier east of the Rhine, his mission is to subdue the barbarous German tribes where others have failed, and bring their land fully under Rome's control.

Arminius, a prince of the Cherusci, is playing a deadly game. He serves in the Roman army, gaining Roman citizenship and officer's rank, and learning the arts of war and policy as practiced by the Romans. What he learns is essential for the survival of Germany, for he must unite his people against Rome before they become enslaved by the Empire and lose their way of life forever.

An epic battle is brewing, and these two men stand on opposite sides of what will forever be known as The Battle of the Teutoberg Forest?a ferocious, bloody clash that will change the course of history.