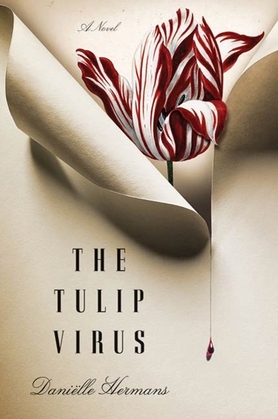 In 1636 Alkmaar, Holland, Wouter Winckel's brutally slaughtered body is found in the barroom of his inn, an antireligious pamphlet stuffed in his mouth. Winckel was a respected tulip-trader and owned the most beautiful collection of tulips in the United Republic of the Low Countries, including the most coveted and expensive bulb of them all, the Semper Augustus. But why did he have to die and who wanted him dead?

In 2007 London, history seems to be repeating itself. Dutchman Frank Schoeller is found in his home by his nephew, Alec. Severely wounded, he is holding a 17th-century book about tulips, seemingly a reference to the reason for his death moments later. With the help of his friend Damien Vanlint, an antique dealer from Amsterdam, Alec tries to solve the mystery, but soon comes to realize that he and his friend's own lives are now in danger.

The Tulip Virus is a fast-paced, fascinating mystery based on the real-life events surrounding the collapse of the tulip bubble in 17th century Holland?the first such occurrence in history?a story that plunges readers deeply into questions of free will, science, and religion, while showing the dark fruits of greed, pride, and arrogance.