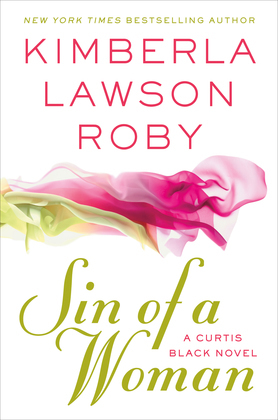 Sin of a Woman

by Kimberla Lawson Roby (Author)
Excerpt
Fiction Contemporary women Christian Contemporary women
warning_amber
One or more licenses for this book have been acquired by your organisation details
The new novel in Kimberla Lawson Roby's beloved New York Times bestselling Curtis Black series that "sizzles with scandal" and is a "deliciously decadent beach read of temptation and the wages of sin" (Kirkus Reviews).

Raven Black is bouncing back after her very public divorce from Dillon. He's done everything he can to discredit her, but she's learned from her mistakes and him. In fact, she's become her ex-husband in more ways than one and is slowly but surely leading those connected to her down a terrible path of destruction. Playing with the lives of innocent people has dire consequences, the kind that Raven won't see coming.
Protection
DRM Protected
Format
EPUB
Publication date
June 19, 2017
Publisher
Grand Central Publishing
Collection
A Reverend Curtis Black Novel
ISBN
9781538760000
Paper ISBN
9781455569694