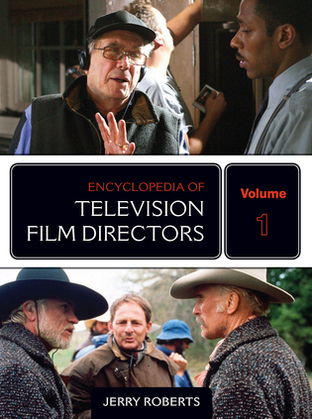 by Jerry Roberts (Author)
Buy for $340.00 Excerpt
Nonfiction Arts Mass media Television Reference Film & video Reference Direction & production
warning_amber
One or more licenses for this book have been acquired by your organisation details

From live productions of the 1950s like Requiem for a Heavyweight to big budget mini-series like Band of Brothers, long-form television programs have been helmed by some of the most creative and accomplished names in directing. Encyclopedia of Television Film Directors brings attention to the directors of these productions, citing every director of stand alone long-form television programs: made for TV movies, movie-length pilots, mini-series, and feature-length anthology programs, as well as drama, comedy, and musical specials of more than 60 minutes.

Each of the nearly 2,000 entries provides a brief career sketch of the director, his or her notable works, awards, and a filmography. Many entries also provide brief discussions of key shows, movies, and other productions. Appendixes include Emmy Awards, DGA Awards, and other accolades, as well as a list of anthology programs. A much-needed reference that celebrates these often-neglected artists, Encyclopedia of Television Film Directors is an indispensable resource for anyone interested in the history of the medium.