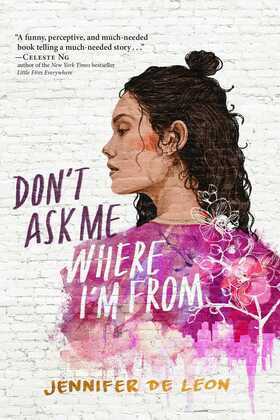 Don't Ask Me Where I'm From

by Jennifer De Leon (Author), Elena Garnu (Illustrator)
Excerpt
warning_amber
One or more licenses for this book have been acquired by your organisation details

First-generation American LatinX Liliana Cruz does what it takes to fit in at her new nearly all-white school. But when family secrets spill out and racism at school ramps up, she must decide what she believes in and take a stand.

Liliana Cruz is a hitting a wall—or rather, walls.

There’s the wall her mom has put up ever since Liliana’s dad left—again.

And there’s the wall Liliana creates within herself, because to survive at Westburg, she can’t just lighten up, she has to whiten up.

But a wall isn’t always a barrier. It can be a foundation for something better. And Liliana must choose: Use this foundation as a platform to speak her truth, or risk crumbling under its weight.