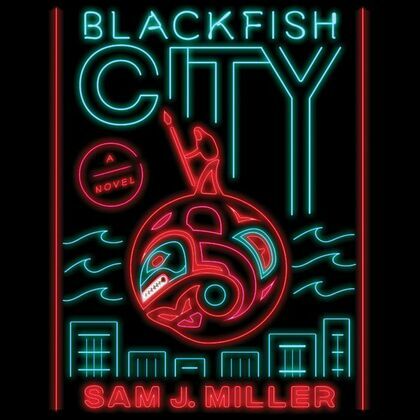 de Sam J. Miller (Autor), Vikas Adam (Narrador)
Extracto
Ficción Fantasía
warning_amber
One or more licenses for this book have been acquired by your organisation details

“Miller gives us an incisive and beautifully written story of love, revenge, and the power (and failure) of family in a scarily plausible future. Blackfish City simmers with menace and heartache, suspense and wonder. Plus, it has lots of action and a great cast of characters. Not to mention an orca and a polar bear!” —Ann Leckie, New York Times bestselling author and winner of the Hugo, Nebula, and Clarke Awards

After the climate wars, a floating city is constructed in the Arctic Circle, a remarkable feat of mechanical and social engineering, complete with geothermal heating and sustainable energy. The city’s denizens have become accustomed to a roughshod new way of living, however, the city is starting to fray along the edges—crime and corruption have set in, the contradictions of incredible wealth alongside direst poverty are spawning unrest, and a new disease called “the breaks” is ravaging the population.

When a strange new visitor arrives—a woman riding an orca, with a polar bear at her side—the city is entranced. The “orcamancer,” as she’s known, very subtly brings together four people—each living on the periphery—to stage unprecedented acts of resistance. By banding together to save their city before it crumbles under the weight of its own decay, they will learn shocking truths about themselves.